The discussion included reflections from Albright and Powell on their time as advisors to multiple administrations on matters of national security and diplomacy, as well as what gives them hope for the country’s future. Said Dr. Albright, “I’ve had a wonderful day here because this is a community, and I think that communities and local activities are very, very important. That is what makes America great. The local communities, the cities, the towns, the people who can work together. I am very glad to be in New Albany.” 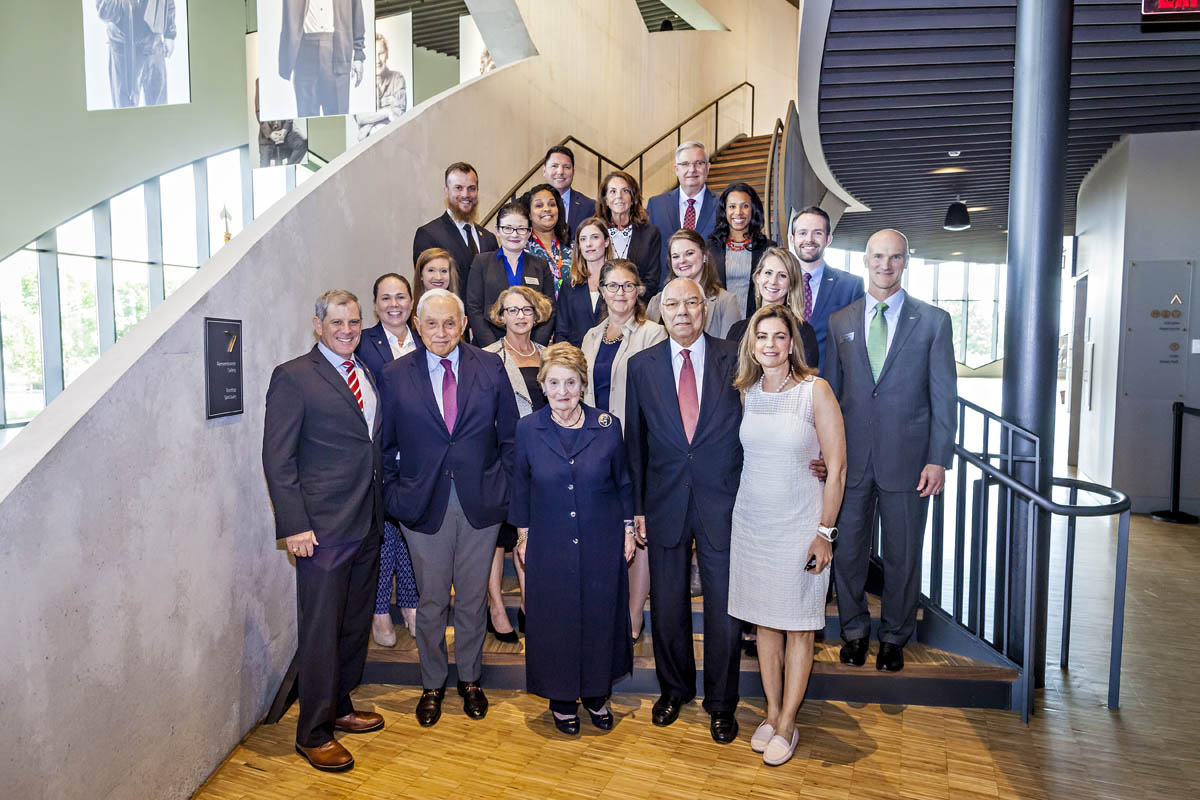 Earlier in the day, the speakers visited the National Veterans Memorial and Museum in downtown Columbus. General Colin Powell delivered the keynote address at the opening of the award-winning museum last October and serves as the honorary chair of its board of advisors. The speakers were given a tour by President and CEO Lt. Gen. Michael Ferriter.

For those who were unable to attend the opening of the 2019-2020 Jefferson Series season, excerpts from the robust discussion can be viewed on moderator Fareed Zakaria’s CNN show, Fareed Zakaria GPS that was broadcasted internationally Sunday, October 6, 2019.