Inspired by Thomas Jefferson’s appreciation for lifelong learning and encouraged by the success of its Remarkable Evening lectures, The New Albany Community Foundation established The Jefferson Series in 2013. It features a collection of stimulating forums featuring some of the world’s most compelling and esteemed thinkers. The series remains true to its namesake’s strongly held belief that each of us “light his taper at mine … that ideas should freely spread from one to another.”

The lectures are held at the Jeanne B. McCoy Community Center for the Arts, with students from New Albany and schools all across central Ohio attending in addition to the general public. 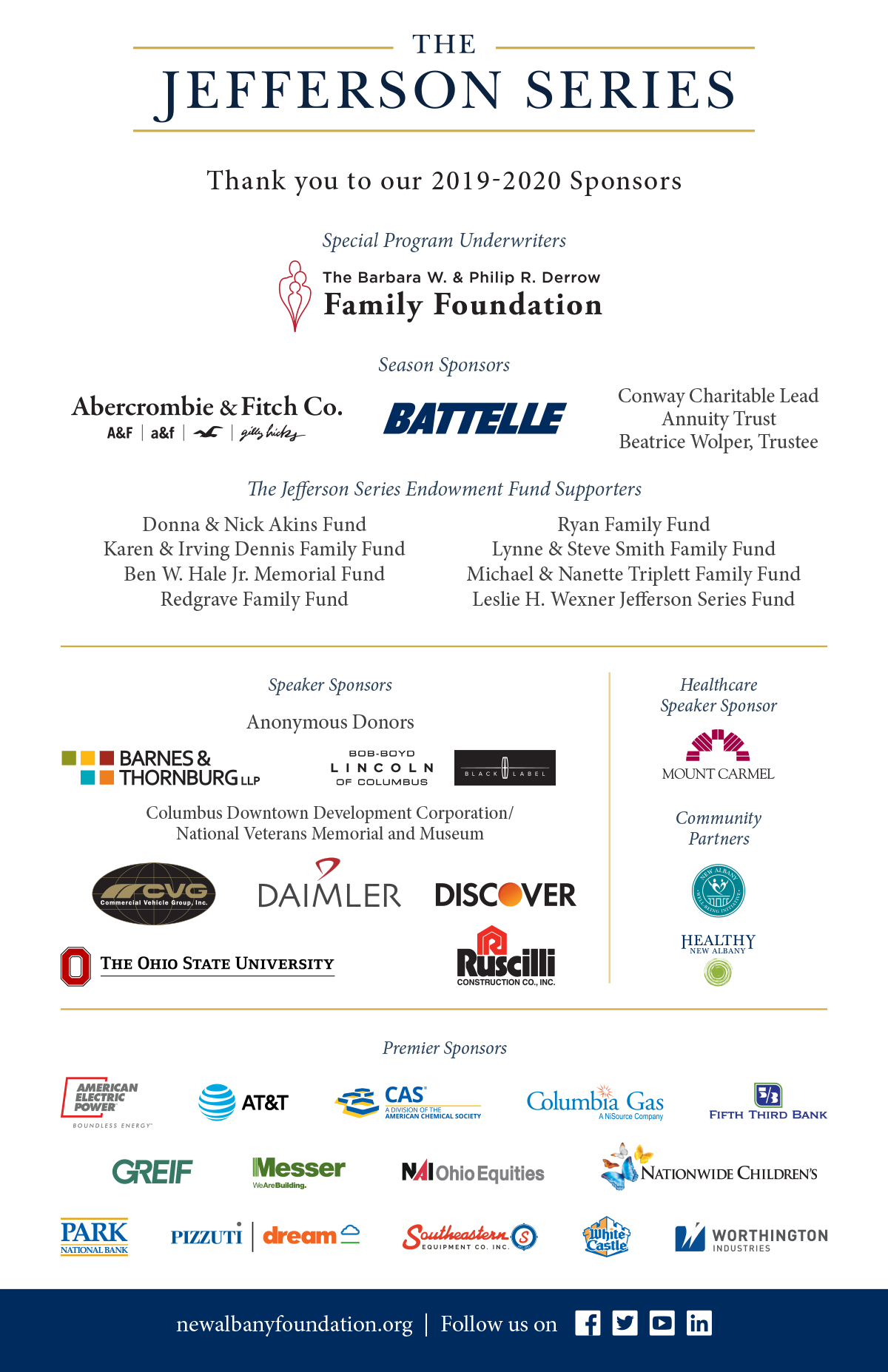